Working for a perfectionist is a special kind of hell.

I have worked for my share of micromanaging perfectionists in my long public relations career, but someone I worked for a while ago, Lulu Yilmaz, was by far the worst.

Lulu was a short blonde Turkish woman in her late thirties who ran her own firm, the Yilmaz Agency, with offices in Chicago, New York, and Los Angeles.

She was headstrong, pushy, very opinionated, and hated when anyone on her staff challenged her.

Lulu also fancied herself an artist and had her lame artworks featured on the walls through her offices. It was truly pedestrian impressionist art to me and I don’t know shit about art. This artistic side of her proved a pain in the ass later when she would be very critical of our PowerPoint proposals as not being beautiful enough. I hate PowerPoint, but more on that later.

Lulu had experience in public relations, more than 15 years, but she knew next to nothing about media relations and couldn’t write worth a shit.

Even worse, nothing we did was ever good enough for her. 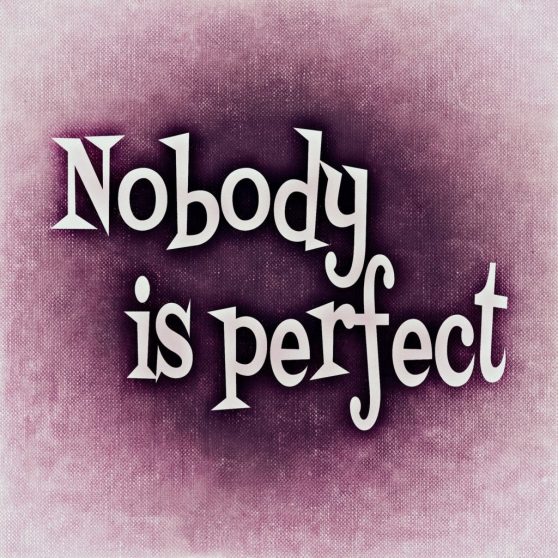 You could have one of the agency’s clients on the Today Show or in the Wall Street Journal and it would never matter. You could never build up trust with her.

Or it was like trying to build a house on a foundation of quicksand.

Lulu was also extremely blunt in her criticism, and many times, it felt as if you could do nothing right when working for her.

“Now, Jake,” she would say in a condescending tone of disapproval and disdain. “Our client is not happy.” Then she would follow with a litany of criticisms that many times were unfounded or unfair.

However, since she expected perfection, you could never hope to match the delusions in her crazy mind. It was demoralizing, to say the least.

Lulu would try to shame us and tell us we were keeping her up at night by not delivering results for her clients. Sometimes she would do this on Friday, and then demand we pitch the media, even though everyone knows in PR that this is the worst day to pitch and is usually when companies dump bad news.  Far too many times, Lulu was strategically clueless.

As I have also discovered unfortunately in this business at other agencies, our clients were always right in Lulu’s eyes (because they paid us) even when they were so obviously wrong. She was tough on her employees, but rarely, if ever, stood up to clients and defended our work. It was always our fault. However, this ignored our role as PR consultants, which is to educate clients about the PR process and advise them the best strategy to benefit their business.  Clients don’t hire us to be a “yes-man” or “yes-woman” agreeing with everything they propose. They hire us for our expertise, which is something Lulu would conveniently forget whenever we were criticized by clients.

Lulu had two coveted clients, an airline and a housewares brand (her first client), that she built her firm around. These clients abused us in so many ways but Lulu never took our side.

Also, we were always expected to drop everything to make sure these two clients were happy. It was beyond a nightmare.

At the end of my first year, Lulu declared that this is “the best team we’ve ever had at the Yilmaz Agency…”

I took pride in that initially until over the next year I sadly watched nearly everyone one of our staff leave our agency because of Lulu’s ongoing craziness and unreasonable demands. I then realized that this statement by Lulu was a lie and part of her con to try and keep us there.

Even worse, she said the same thing at the end of my second and third year as well, but by then I had already seen through her manipulative bullshit.

Not surprisingly, the turnaround at the Yilmaz Agency was atrocious. When I joined the firm, there were around 35 employees spread out over the three offices.

In the following three years I worked for Lulu, more than 55 employees, (honestly, I lost count after a while), left the agency.

After someone left her agency, they were always in the wrong in Lulu’s eyes. “I heard bad things about them from clients…” was Lulu’s usual refrain.

As you could imagine, Millennials didn’t last long working for Lulu, and the ones that did became bitter and angry and difficult to work with.

God knows how tough I am on Millennials and their horrible work habits and attitudes, but they had a point with Lulu.

Lulu would work our younger staff late into the night on time-consuming proposals and projects, and on weekends and holidays, too.

She once dumped a 57-page PowerPoint proposal project on me and the Chicago office on a Friday afternoon. We spent all weekend on the proposal, and we later got the client, but they fired us after a month because of a fuck up from one of the junior staff that worked in the Chicago office (that unbelievably went on to work for one of the largest PR firms in the world). More on that incident later.

When I joined the firm, the young staff was already in rebellion and complained bitterly about her horrible and unappreciative management style. I had many times wondered what I had got into as I had left of the worst PR jobs as I ever had as a PR specialist at an e-commerce company. Working at Lulu’s agency proved worse. I felt embarrassed that I had described Lulu’s agency as a dream job when I left my previous position at the e-commerce company on good terms. I had no idea how much of a haunting joke that would be.

Lulu used to play of sort of bad cop, good cop routine with her vice president Miriam Letti, who I later called the VP of Panic. Miriam, who was an obnoxious dark haired Jewish woman in her late thirties, would come off as the reasonable and nice one, but it was all a lie. She was hardly nice as Miriam would panic when Lulu attacked the staff for not living up to her crazy standards. However, Miriam proved twisted in her own timid way as she would text me on Saturday nights and weekends with ridiculous demands that I knew from were coming from Lulu. I also remember once Miriam giving me shit about asking for the day after Christmas off?!!

Miriam was also a horrible micromanager who would finish her work at the Chicago office, and after eating dinner at home and putting her kids to bed, would send me a series of panicky reminder emails about client work.  This is where the time difference really proved a nightmare. After finishing my work and wanting to go home around 8 p.m. or 9 p.m. PST, I would have to field all of these constant reminders and criticisms from Miriam which would keep me at the office even later. I will write more about her dumb ass in a future blog.

Lulu’s husband Lorne was also a piece of work. I secretly called him Cage Boy as he used to be a UFC fighter years before. It was also a reference to his in-your-face management style as well, even though he knew nothing about public relations. Fortunately, he didn’t work with the firm in my first couple of years there, as he started a TV UFC company/league. Through years of public relations help and advice from Lulu, before I joined the firm, (not to mention free PR help from the agency staff), his company was bought by a large corporation for hundreds of millions of dollars. So now Cage Boy was rich, and he bought a huge home for him and Lulu in a gated community.  No doubt the money made him even a bigger asshole. Not surprisingly, he was forced out shortly after the corporation bought his company. Then he started hanging out around our agency, pretending to be a cool entrepreneur. But I’ll return to Lorne’s story in a later blog.

Honestly, I couldn’t stand working for Lulu’s crazy ass. I am still not sure how I lasted more than three years working for this demented freak.

The one time that I finally stood up to her and basically told her what I thought of her lousy firm, crazy management style, and cheap ways and quit, Lulu wouldn’t accept my resignation.  It was a strange reaction as she admitted to me that no one who worked for had ever spoken as bluntly to her as I had. So Lulu gave me a raise to try and appease me and everything was OK for a short while but then things went to back to the normal craziness a few months later.

Sometimes I think I was a masochist for having stayed as long I did working for Lulu.

It nearly ruined my career.